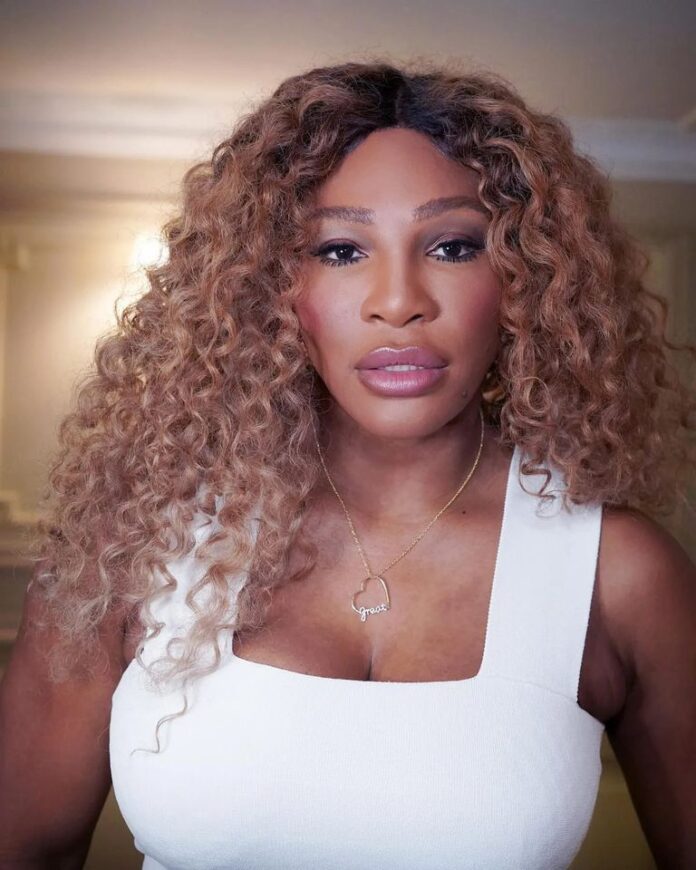 Serena Williams shows how to make a minimal statement for her latest appearance. The four-time Olympic gold medalist appeared on yesterday’s episode of “The Ellen Show” in Burbank, Calif. While there, Williams talked about the critically acclaimed film “King Richard,” which chronicles her family’s rise to success in tennis, what it was like to see her friend Beyoncé perform the Oscar-nominated song “Be Alive” from the film soundtrack in Serena’s hometown of Compton, Calif., and her investment firm Serena Ventures. For the outfit, Williams went with a white long-sleeve bodycon midi dress that had a plunging neckline. The garment had a flowy disposition and a flouncy hemline for a modern finish.

Bodycon dresses are form-fitting garments that emphasize the curves of a wearer, creating a silhouette that highlights the physique. They are often mini to mid-length but can feature high or low necklines and sleeves of all types. Popularized in the ‘90s, the dress style has sometimes been associated with clubwear and sex appeal.

Williams grounded her look with brown glittery lace-up heels. The shoes had a height of approximately 3 inches and a transparent design that exposed her foot and twinkled as she walked across the stage.

A powerhouse in the sports world, Serena Williams has made her championship mark both on the tennis court and in the fashion world. As the winner of 23 Grand Slam singles titles, Williams is often noted for her vibrant, standout style, wearing everything from black catsuits to neon colors in competition. Her most notable brand deal is with Nike, a partnership that began in 2003. In 2018, the tennis star launched her fashion line S by Serena. Throughout the years, Williams has also partnered with HSN on fashion pieces, accessories and handbags.