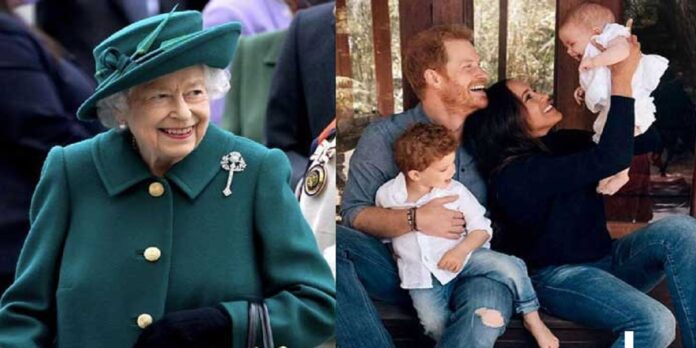 Meghan and Harry could “do their own thing” at the Queen’s Platinum Jubilee as palace aides cannot “stop the couple”.

The Duke and Duchess of Sussex confirmed that they were “excited and honoured” to attend the commemorations for the monarch’s milestone in June with their eldest child and his sister Lilibet.

The Telegraph’s Associate Editor Camilla Tominey explained the couple will generate publicity if they are seen out with their children.

She said: “How quite the Palace PRs on this, they’ve got a degree of control over Harry and Meghan while they’re in the confines of Buckingham Palace and the confines of the Platinum Jubilee celebrations official.

“But of course there’s nothing to stop the couple freelancing and doing their own thing while they’re in the UK.

“That of course if they’re going to be seen out and about with their children, it’s going to generate publicity.”

It is not known which elements of the four-day Jubilee weekend Harry and Meghan could make an appearance at.