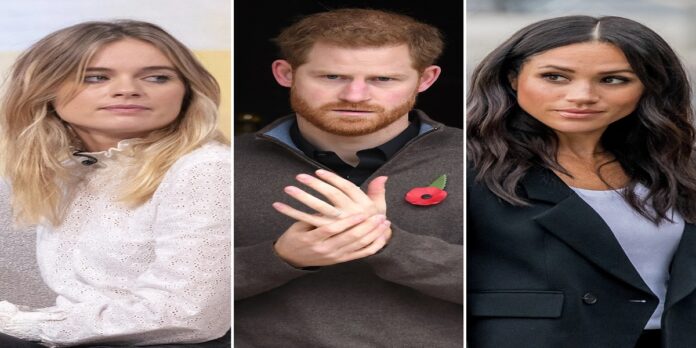 A report on the Internet states that Meghan Markle is furious about Prince Harry’s private Facebook account which also featured pictures with his ex-girlfriend Chelsy Davy. However, Gossip Cop has now debunked this report.

Being in the public eye is never easy and while there are definitely pros to being famous, there are just as many, if not more, cons to it. One of them being rumours and false reports spread online. Recently, it was reported by the Daily Mirror that Prince Harry used to have a private account with the name Spike Wells, and the account featured photos of him with his now ex-girlfriend Chelsy Davy. Following this report, another tabloid claimed that Meghan Markle isn’t happy to find out about this. However, is it true?

As per a report in Woman’s Day, Meghan Markle isn’t happy and she continues to have jealousies over Chelsy, who had also attended Meghan and Prince Harry’s Wedding. A source informed the tabloid, “Chelsy is the one woman who Meghan keeps an eye on – she knows Chelsy is one who got away for Harry and that they’re still in touch.” The source further stated that Meghan has feared that given a chance, Harry would have chosen Chelsy over her. “She’s wondering if he still has any secret Instagram or Facebook accounts and whether he uses them to chat with Chelsy,” said the source. However, Gossip Cop has now debunked this story and has claimed it is made up.

A post shared by The Duke and Duchess of Sussex (@sussexroyal)

Gossip Cop states that it was already reported in the Mirror article that Prince Harry’s private account was deleted in 2012, which is four years before he started dating Meghan. This is why it makes no sense that she would be furious about a social media account that was deleted long ago and doesn’t exist now.

Furthermore, Gossip Cop also claimed that Meghan seems to be on good terms with Chelsy and that she even greeted her with a hug at the royal wedding reception. ALSO READ: Prince Harry And Meghan Markle May Struggle To Have Privacy In LA, Claims A Former Royal Protection Officer

A post shared by The Duke and Duchess of Sussex (@sussexroyal)